Posted by Ben Powless on October 31, 2014
This was posted more than 12 months ago. The information may be outdated. 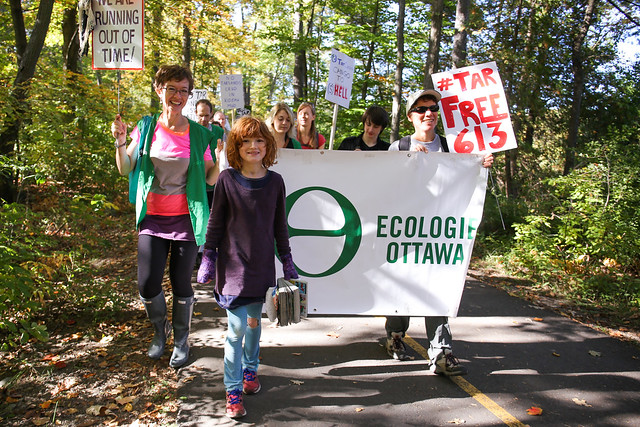 We pushed them back one year.

Thanks to all of our hard work, TransCanada was delayed an entire year in filing their application to the National Energy Board (NEB), which they finally did, today.

Their pipeline was rejected in small towns and cities across the country, forcing them to reconsider their route. When they tried to carry out drilling in endangered Beluga whale habitat in the St. Lawrence, citizens and the government intervened to stop them.

Now is our chance to fully arrest their intentions to build Canada’s largest oil pipeline, to transport tar sands crude right through the nation’s capital and the Rideau River to export terminals in Quebec and New Brunswick.

Click here to sign the petition telling our elected officials that we don’t want this pipeline to be built.

This pipeline not only represents a direct threat to the Mississippi, Rideau, and ultimately Ottawa River, where we get our drinking water, but its construction would allow for the reckless expansion of the Alberta tar sands, the biggest climate crime in our country.

But we still need more help getting the word out. Many people in Ottawa don’t yet realize this proposed pipeline threatens a lot of the work we’ve spent years building – from protecting the rivers, to preventing dangerous climate change.

Once you and your friends have signed the petition, we’ll continue to share important dates and events with you – like how to officially register your opposition with the NEB, once that process opens.

We also need neighbourhood leaders to maintain constant pressure on their elected officials.

Sign up now to become a ward leader to get elected officials to oppose the pipeline.

Working together, we can build a people powered movement strong enough to stop this pipeline.