Posted by Ben Powless on January 23, 2015
This was posted more than 12 months ago. The information may be outdated. 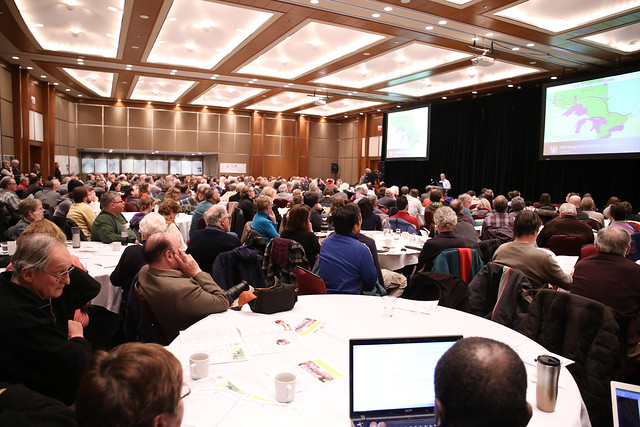 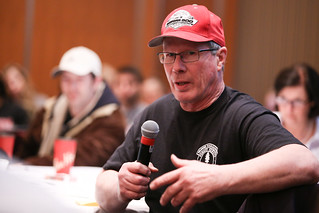 On January 22nd, the Ontario government returned to Ottawa to hold their last community consultation here on the proposed Energy East pipeline in a Kanata hotel.

Convened by the Ontario Energy Board, it was an important opportunity for residents of Ottawa to speak openly about their concerns and objections to the pipeline, and Ottawa residents flocked to the meeting.

Nearly 400 people came out, making it the most attended of 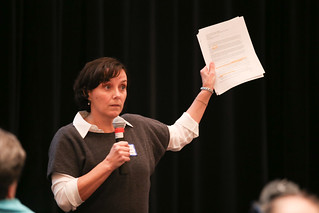 nearly 30 meetings held by the OEB thus far, including one held in Stittsville last year that drew 200. Of those attending, it was clear that all but a few were very much opposed to the Energy East project.

A few times in the night, an OEB technical expert’s review of TransCanada’s claims brought the crowd to laughter. TransCanada’s claims that the pipeline might only suffer a major leak every 10,000 years, that any leaks would be small, and that TransCanada would provide alternate drinking water (from an unspecified location) for any impacted communities all drew chuckles from the crowd. 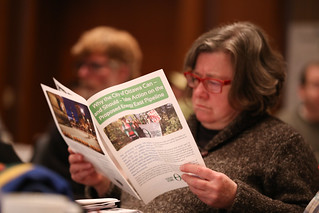 There was a strong concern over pipeline safety and the protection of water sources. Many people were surprised to learn that even in a best case scenario, around 2.7 million litres would leak before the safety valves on the pipe would be shut off – and more oil would continue to leak out after.

One participant who lived beside the Rideau River pointed out that TransCanada’s ‘containment’ plan in the event of an oil spill on the river would involve flooding nearby farmland with oily water, hardly containing the situation. 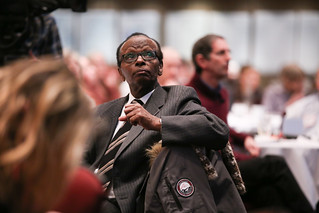 But there were tense moments as well. Many people were angry to learn that despite being 30,000 pages, the OEB considered TransCanada’s application to be incomplete, and therefore couldn’t finish many of its assessments.

Many participants also called on the OEB to conduct their own reviews independent of TransCanada’s claims, looking at their actual safety record, and not confiding in their own pronouncements of a 10,000 year safety guarantee.

The OEB itself didn’t escape criticism. Many participants felt that the process was rushed for no reason, and they were upset that they wouldn’t be allowed to comment after February 6th, the OEB’s comment deadline, even though the final expert reports weren’t expected until after then. 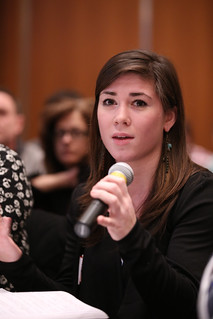 The OEB also came under fire for their preliminary climate change assessment, which included findings that the Energy East pipeline would have no significant climate impacts. Participants pointed out the flaws in the assessment, including the idea that other oil producers would simply pump less oil if the tar sands expands, and that trains could carry over one million barrels a day if Energy East weren’t built.

Overall, the night ended with table discussions, followed by presentations from each table, where it was clear that many participants were not just calling for the OEB to take a more critical look at the proposal, but to reject the project entirely.

Noting that many people didn’t get a chance to speak, the facilitators invited people to participate the following week at the province-wide stakeholders meeting that happened to be in Ottawa, taking place on the 29th and 30th. Details about that meeting are to be posted on the OEB website.