A Huge Milestone for the Ottawa River

Posted by Ecology Ecology Ottawa on June 20, 2013
This was posted more than 12 months ago. The information may be outdated. 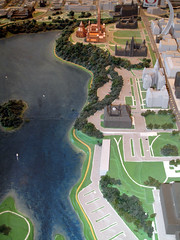 We are entering a critical phase in the long struggle to stop the dumping of sewage into the Ottawa River. The City of Ottawa has a plan, it has committed its fair share of the money and, if all goes well, the resources we need to make the plan a reality will be approved in next year’s federal and provincial budgets.

The growing campaign to protect and restore the river is also approaching a major milestone. Almost 10,000 people have signed Ecology Ottawa’s petition calling on the federal and provincial governments to support the Ottawa River Action Plan. If you have not yet joined the thousands of people across the region that have stood up and demanded action, please add your voice to the petition to stop dumping sewage into the Ottawa River! You can find it here:http://ecologyottawa.nationbuilder.com/petition_to_stop_sewage_spills

If you have already signed the petition, please help us break the 10,000 signature mark by forwarding this email and asking your friends, family, classmates and co-workers to join you.

While the stars seem to be aligning, and the momentum is definitely growing, we are not taking anything for granted. Instead, we are redoubling our efforts to clean-up the river and we are writing to ask you to join us.

What is the situation today? The City of Ottawa has already implemented many of the actions outlined in the Ottawa River Action Plan but there is a long way to go and the key piece of infrastructure still needs to be built.

The city wants to build large underground tunnels (or tanks) that will capture the sewage when the waste treatment plant cannot process it fast enough. For instance, millions of litres of untreated sewage was dumped into the river during heavy rain storms last month. Under the proposed plan, instead of going into the river this sewage would be stored for a short time and processed at a later date after the waste treatment plant has caught up. This plan, combined with the actions already taken, will virtually eliminate the dumping of sewage from the City of Ottawa into the Ottawa River.

The federal government recently announced that a new round of infrastructure funding will begin in 2014, and both Mayor Watson and local members of parliament say that building the sewage tunnels is their number one priority during their ongoing negotiations to access federal infrastructure funding.

Therefore, if all goes well, and we can keep the pressure up, the 2014 federal and provincial budgets will include funding to support the implementation of the Ottawa River Action Plan. That’s why Ecology Ottawa is going door-to-door and setting up petition booths at events across the city in an effort to reach 15,000 signatures by this fall when the federal and provincial governments start preparing their 2014 budgets. We are asking everyone to please help by signing the petition or encouraging others to join us: http://ecologyottawa.nationbuilder.com/petition_to_stop_sewage_spills

Ecology Ottawa is also gearing up for the official launch of our Healthy Watersheds program. We will be working with teams of people across the city that are taking concrete action to protect and restore their local creeks and streams and we will be taking on other big picture issues like the much needed effort to slow down, soak up and keep our stormwater clean.

Stay tuned for more on our Healthy Watersheds program or write to us if you want to get more involved today.

Thanks for all you do!