A false dichotomy: Heritage vs cyclists

Posted on June 26, 2013
This was posted more than 12 months ago. The information may be outdated. 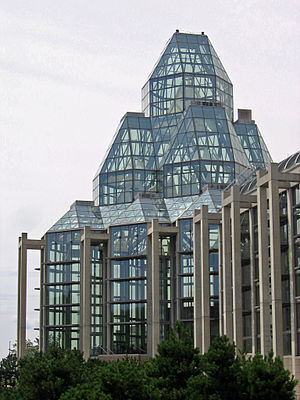 The Planning Committee on June 25th carried a motion to save and relocate two historic buildings (previously on the path to demolition) at 273, 275-79 Sussex Drive, as they make way for a redesigned road that is to include wider footpaths and dedicated bike lanes. The road is due for a 1.2km upgrade of the sewer and utility lines between the National Gallery of Canada and King Edward Avenue and thus the City is taking this opportunity to widen the road from four lanes to six, with two of them being dedicated to cyclists.

Whilst Ecology Ottawa is always happy to hear that the City is acting to complete the cycling network and creating more complete streets for cyclists and pedestrians, it is sad that in this case cyclists were pitted against heritage conservationists. As Liz Bernstein, Vice- President of the Lowertown Community Association stated, ‘this is a false dichotomy.’ According to the City, the road needs to be realigned and straightened in order to provide safe cycling lanes, which dictates the removal of the houses. However, this isn’t a heritage versus cycling issue. In fact, there is a third player that the City seems to be conveniently ignoring; the car. The road could be a five or four lane road instead of a six, with less lanes for cars, thus eliminating the need to move the houses and still providing for a more complete street. Nethertheless, the City rejected all proposals that didn’t include four lanes for cars, due to the piece of road being between the two major links to Gatineau. And so, because of an unwillingness to compromise the ability of people to commute by private automobile, the issue becomes a choice between cycling and heritage. It is not acceptable that cyclists, pedestrians and heritage are a second priority, whilst cars are the first priority. We hope the City remembers this as we move forward to make Ottawa a more vibrant, sustainable, and healthy city.

The decision to relocate the buildings was ratified by City Council on June 26th.